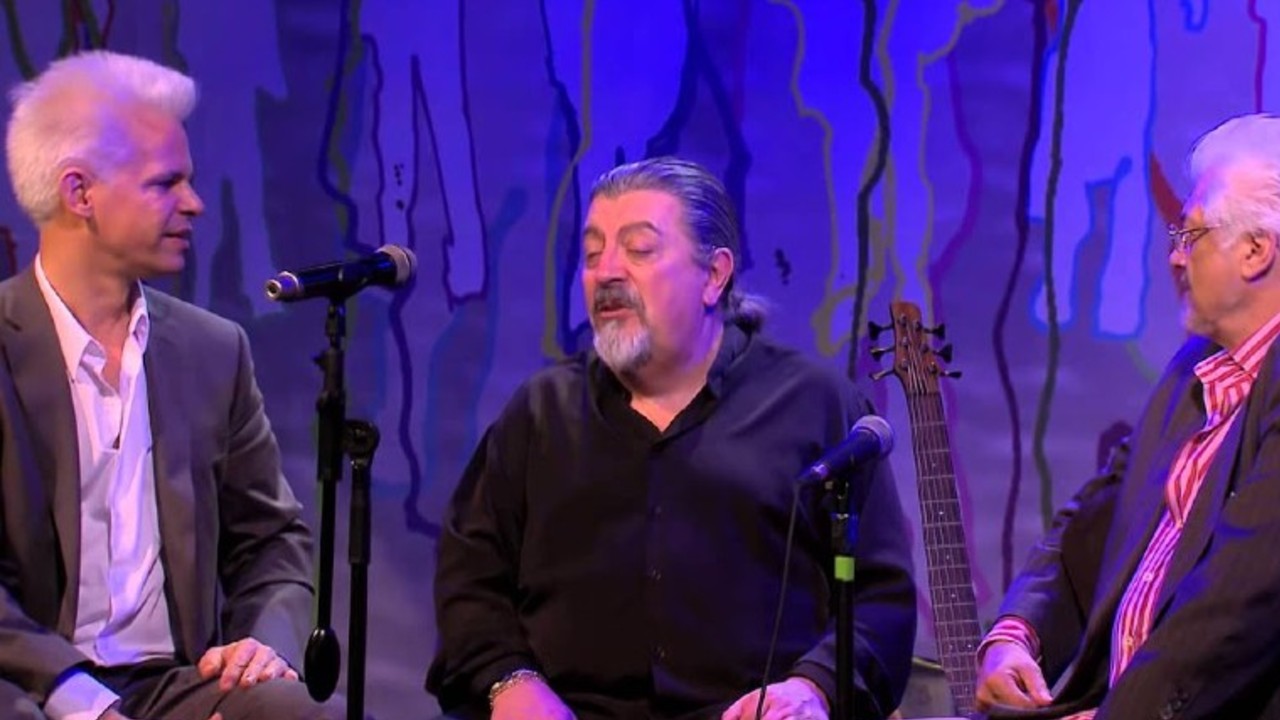 Larry Coryell is one of the world’s acknowledged guitar masters. Hailed by his legion of fans as one of “the guitar gods” in the late 1970s, With more than 70 albums to his credit, Larry has toured and recorded with elite musicians like Jack Bruce, Jimmy Webb, the 5th Dimension, Charles Mingus, Billy Cobham, Chick Corea, John McLaughlin, Randy and Michael Brecker to name a few. Larry is a “true renaissance musician who excels at all styles of playing”. His early influences were Chet Atkins, Chuck Berry, and Wes Montgomery but soon after arriving in New York City in 1965, Larry emerged as a profound music prophet who merged rock, jazz, eastern modes and scales, and free-form, improv-flashing classical riffs. He quickly became one of the most in demand guitarists in rock, jazz, and all musical genres. Larry has also published several highly regarded guitar books and videos and he continues to perform worldwide.

Vitali Imereli’s playing is a true joy to experience. He is a virtuoso in both classical and jazz genres and has performed at concert halls and festivals throughout Europe such as the Pori Jazz Festival in Finland and the North Sea Jazz Festival in The Netherlands. Vitali has performed with and gained the admiration of jazz greats such as Bucky Pizzarelli, Benny Golson, Larry Coryell, Olli Soikkeli, Howard Alden, James Carter and he is quickly been recognized by many as the world’s best gypsy jazz violinist. A former Soviet Union expatriate, now living in Finland, Vitali’s talent was recognized at the young age of 5. His early influences include the great Stephane Grappelli and the classical masters. His playing is renowned for it’s energetic and lyrical style, beautiful phrasing, blistering technique, and his impeccable delivery.

Music Is My Life Jazz Is My Passion